What Cause Engine Overheating? 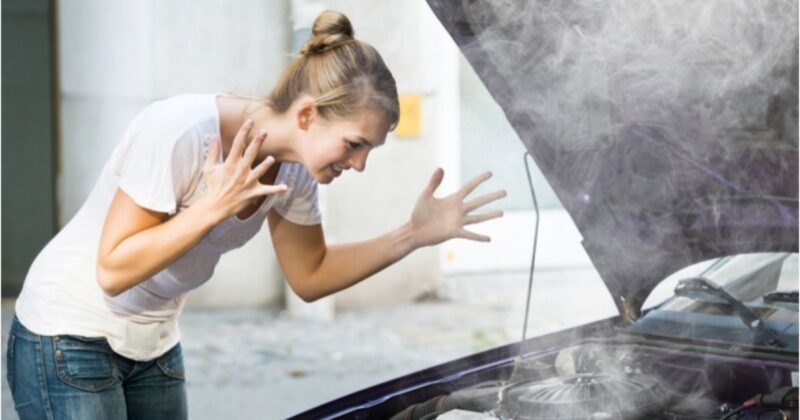 The engine relies on its cooling system to keep its operating temperature stable. However, sometimes the cooling system may not work properly, leading to overheating. An overheated engine can not only ground your car, but it can also cause permanent damage if you don’t take the right steps to fix it. That’s why we’re here to help you understand why your engine is overheating and what you can do if it does.

Why Do Engines Overheating?

An engine can overheat for many reasons. Typically, this is because there is a problem with the cooling system and the heat can’t get out of the engine compartment. The root causes of the problem may include leaking cooling systems, faulty radiator fans, damaged pumps, or blocked coolant hoses.

No matter what the source of the problem is, an overheating engine is not something you want to perpetuate. Your engine may suffer serious (if not permanent) damage.

If you can take steps to cool the engine before it overheats to the point of failure, you can reduce the risk of irreversible engine damage. But first, you must watch out for the symptoms of overheating, which include:

Steam (which looked like smoke) was coming from under the hood of the car.

The peak engine temperature gauge on the dashboard is “H” or red. (The engine thermometer symbol is different, please refer to the user’s manual.)

There is an odor in the engine area. For example, leaking coolant may smell sweet, while leaking motor oil may smell more scorched.

If you find your engine overheating, take the following steps and contact your nearest repair shop.

The 7 Most Common Reasons for Engine Overheating

In modern cars, onboard computers control the operation of cooling fans. To determine when to turn on the fan, the computer relies heavily on data about the temperature of the engine’s coolant. If the sensor fails, the computer may not operate the fan properly, causing the engine to overheat

Just like a thermostat at home, an engine thermostat helps regulate the temperature. As the engine cools, the thermostat remains closed, preventing coolant from flowing from the engine to the radiator.

After the engine has warmed up, the thermostat turns on, allowing the coolant to flow into the radiator. The radiator acts as a heat exchanger, transferring heat from the coolant to the outside air. This process helps keep the engine operating temperature within a certain range.

Problems occur when the thermostat is stuck in the off position. Therefore, the coolant cannot flow to the radiator. This can quickly cause the engine to overheat.

Your car pump is driven from the engine by an accessory belt, timing belt, or timing chain. The pump housing contains a rotating part called an impeller which has fan blades.

Each time the engine is running, the impeller rotates and pushes the coolant through the cooling system. If the pump or its driving mechanism (belt or chain) fails, the coolant will not circulate properly. This can cause the engine to overheat.

When your car is on the road, the airflow through the radiator lowers the temperature of the coolant, which lowers the engine temperature. But at idle speed and other selected conditions, a cooling fan is needed to stay cool. As you might guess, the engine overheats when the cooling fan malfunctions.

Your car can have a coolant leak at an infinite number of locations. Examples include hoses, water pumps, radiators, thermostat housing, and various parts of the engine. A large coolant leak can lead to coolant loss, which in turn can cause the engine to overheat.

It is important to note that in many cases internal coolant leaks result from overheating problems that began elsewhere. For example, a leaking hose can cause the coolant level to be too low, causing the engine to overheat and the cylinder head gasket to burst.

What To Do When Your Engine Overheats

1. Pull over and assess the situation

Once a vehicle problem is identified, the next step is to remove the vehicle from the road to a safe and accessible area, and then shut it down. If the vehicle overheats, driving while the engine may be damaged can cause permanent damage.

2. Keep moving only when necessary

If it is not possible to completely stop in a safe, clear area, keeping the vehicle moving slowly may still maintain a constant flow of air around the motor to aid in natural cooling. Leaving the car stationary with the engine running can exacerbate the problem, which can quickly generate extra and unnecessary heat.

Yes, that’s right. Turning off the air conditioning and increasing the heat as much as possible while the vehicle is still moving helps to take extra heat away from the engine.

The goal is to release as much heat as possible. Another way to let heat out of the vehicle is to roll down and open the window as often as possible.

After the car overheated, a man stood at the front of the car with the hood open, calling for help

At this point, the first option is to seek service or roadside assistance.

What Not To Do When Your Engine Overheats

Your engine can’t stay cool, but you can! When leaving the road, avoid swerving in traffic or slamming on the brakes.

It’s no good staying on the road if your engine is overheating but still running. Sure, you can get there before it’s completely exhausting, but you could cause serious (and costly) damage by pushing the engine too far.

3. Do not open the hood immediately.

After stopping, wait for the engine to cool down, then open the hood to check the condition. Opening the hood immediately may put you at risk of burns or injury from steam or smoke ejection. Patience is key. Wait until the engine thermometer stabilizes before opening the hood.

The overheated engine could not resolve itself, even though it seemed to have been fixed with the addition of a little coolant. If left unaddressed, the situation will only get worse. Find the root of the problem to help save your engine.

By maintaining your car, you can minimize the chances that your car will overheat or malfunction. This means you have a safer car and lower maintenance costs. To prevent the engine from overheating, here are some simple operations:

1. Check your coolant storage tank regularly to make sure it is fully filled.

2. Check the radiator cover to make sure the spring in the cover is not loose, as a loose cover will not maintain the correct pressure level in the radiator.

3. Check timing belts, as faulty timing belts can cause a range of engine problems, including overheating. Some signs of timing belt failure include ticking or rattling noises and poor engine performance.

4. Don’t skip your car’s regular maintenance. During the planned inspection, mechanics will check the car’s engine, fluid levels, and other parts to make sure everything is in order. If there are any problems, you can fix them before they become serious.

Now that you know what can cause your engine to overheat and how to prevent it, we want you to be prepared in case your car overheats. An overheating engine is a sign of a serious problem. Regular maintenance checks will help catch problems early before they cause permanent damage to the vehicle.

How Much Does It Cost To Fix Car Door Handle?