Does Cruise Control Save Gas? 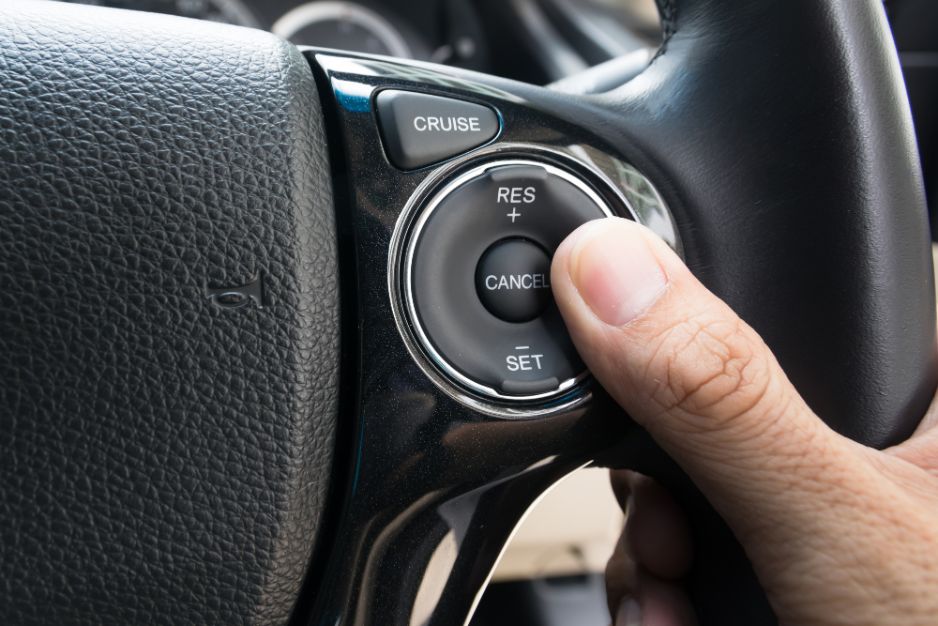 But this isn’t always the case. While it is generally true that cruise control can increase fuel economy on long, flat stretches of road, there are no set rules. Knowing how cruise control operates will help you decide when to make use of driver assistance technology.

How Does Cruise Control Function?

There are numerous cruise control models available on the market today, each with varying degrees of adaptability. In its most basic configuration, once the driver reaches a certain speed, the cruise control is turned on to keep that speed.

Another, more advanced system called “adaptive cruise control” uses cameras and/or sensors to adjust the car’s speed to maintain a safe distance between other vehicles. The car may even be able to automatically change lanes and abide by traffic signals in some circumstances.

These systems are designed to serve dual purposes, enhancing fuel efficiency while ensuring the safety of the vehicle’s occupants. Nevertheless, despite how sophisticated your car’s computer is, in many cases your brain is still better equipped to make those decisions than it.

Given that engines need fuel to produce power and speed, this makes sense. One loses more gas as one drives more carelessly. This is particularly true on highways, where people frequently exceed the posted speed limit in an effort to reach their destination more quickly.

The department adds that “you can assume that each 5 mph you drive over 50 mph is like paying an additional $0.17 per gallon for gas.” Here’s where cruise control actually saves gas: if it’s set to the speed limit or just under, drivers can do so.

In fact, a 55 mph limit was instituted nationwide in 1974 (due to an oil embargo) and remained in effect until 1995, according to CBS News.

According to studies, during that time, 167,000 barrels of oil per day were conserved. That indicates that much fewer people were refueling as frequently as before.

When Should You Put The Cruise Control On To Save Gas?

Sean Cooper of Car Buying and Selling says cruise control only saves gas when it’s lowering the workload of your vehicle. Your car will use more gas as you request more acceleration from it.

You can reduce that workload and reduce your fuel consumption simultaneously if you can maintain a particular speed for an extended period of time, say on open highway stretches. The speed maintenance feature of the cruise control is more precise than using your foot for this.

In contrast, no matter how sophisticated your cruise control system is, if you’re stuck in traffic or driving in a small town, your fully engaged brain is much more effective at reducing the workload on your engine. Even systems like Tesla’s “Full Self-Driving” have their limitations.

The more decisions that need to be made, the more likely you are to be the best choice for making them. If you’re still unsure when to use cruise control, keep this idea in mind.

How To Save Gas?

Make Sure You Maintain Your Vehicle

Regular servicing and maintenance increase your car’s efficiency, which can reduce fuel consumption.

Making sure your tires are inflated properly, as recommended in your owner’s manual, is especially crucial because both underinflated and overinflated tires negatively impact fuel economy. The maximum recommended tire pressure will need to be used if you are carrying four passengers and luggage. Tyre pressures vary depending on the load you are carrying.

The biggest fuel-consumption factor is excessive speed, so driving fuel-efficiently requires a light right foot and gentle acceleration at all times.

On a journey, you will undoubtedly have to accelerate a few times, but that doesn’t mean you need to accelerate quickly like you’re at Silverstone’s starting line.

Driving in the highest gear your car can handle while staying within the speed limit is likely the biggest key to getting high mpg.

The best advice is to shift up through the gears as quickly as you can while maintaining the lowest revs, most likely at around 2000rpm. Keep in mind that an engine uses more fuel the faster it spins.

Anticipate: Try Not To Lose Momentum

In keeping with the aforementioned point, maintaining the right speed while driving is crucial for fuel efficiency. Slowing down and then having to accelerate again naturally uses more fuel. Of course, this depends on traffic conditions and what’s happening on the road ahead.

The best advice is to drive as smoothly as you can, applying light pressure to the steering wheel, accelerator, and brakes. It’s crucial to maintain gear when slowing down because the fuel cut-off switch in a fuel injection engine activates at that point, using almost no fuel while braking.

Looking far ahead will help you to foresee what will happen in front of you. This will allow you to see the traffic lights as they turn red, allowing you to possibly maintain your speed rather than coming to a complete stop.

Don’t Get Dragged Down

Avoid leaving your roof bars and roof box on because they increase drag, which uses more fuel in your car. The faster you drive, the greater this becomes.

When traveling at 75 mph, an empty roof rack adds 16% more drag, according to the Energy Saving Trust. A roof box adds 39% to the speed at which it moves, significantly decreasing your car’s fuel efficiency.

Even the little flags you can use to decorate your car to support your favorite football team during the world cup reduce your mpg! An open window while driving also has a similar effect.

Are There Fuel Requirements For The Heat And Air Conditioning?

The use of air conditioning, which uses engine power and consequently raises fuel consumption, should only be done in extreme cases. If fuel efficiency is a top priority, try to dress for the weather, both inside and outside of your car.

Instead of making several short trips, think about making one round trip. While several cold starts will increase fuel consumption even though the overall mileage may be the same, once the engine is warm it will operate at its most effective level.

It makes sense that a heavier vehicle will consume more fuel, even though this won’t have a significant impact on your mpg figures.

Because they all add weight to your car and reduce its overall fuel efficiency, avoid keeping unnecessary items in the boot of your car.

Read More: Why Are Gas Prices Going Up?

Service Engine Soon Light: What Does It Mean?

How To Check The Engine Oil? Step-By-Step